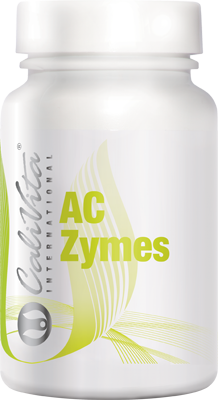 probiotic for the health of the intestinal flora

To whom and for what do we recommend it?

In human life, a healthy intestinal flora plays an extremely important role, which affects the proper functioning of the digestive system. Adverse factors can destroy the intestinal flora, thus disturbing the balance, which may cause the multiplication of bacteria that are unfavorable to humans.
AC Zymes is a product which contains bacterial micro-flora which is essential for our well being. It helps to maintain the appropriate level of good intestinal bacteria in our organism. There is a very strong connection between the functioning of the colon and our health. Healthy intestinal flora plays a significant role. Intestinal flora may be impaired due to an unhealthy way of life, consumption of alcohol, environmental damages, certain medications, antibiotic therapy etc.. These result in the multiplication of (harmful) intestinal bacteria. As a result digestive and immune responses are weaken and even more problems with the overall well-being can arise.
It is worth to take in such situations supplements which provide bacteria such as Lactobacillus acidophilus, which are a part of normal intestinal micro-flora.

Our digestive tract is inhabited by a huge amount of various microorganisms, known as the intestinal flora. The mass of bacteria colonizing the gastrointestinal tract of an adult human can be up to 1.5 kg. Some of them are called probiotic bacteria that have a beneficial effect on the functioning of the human body. However, other bacteria can definitely be harmful. The intestinal microbiological balance can be easily disturbed by various factors, such as: improper diet (too spicy food, alcohol), antibiotic therapies, stress, digestive disorders, food stagnation, smoking, diarrhea, travel, aging.
High quality product - AC Zymes provides just in one capsule 2 milliards of those friendly bacteria. Such product is called probiotic and it benefits the functioning of our body.
Lactobacillus acidophilus is an especially resistant and beneficial bacterium. It can live as long as 10 days or more in the digestive system. Numerous scientific studies showed that Lactobacillus acidophilus slows down the spread of some harmful micro-organisms mainly by creating acidic conditions which are unfavourable for some of the pathogens, such as clostridiums, coli bacteria, or fungi, by releasing substances which have antibiotic effect or by competition for food with other micro-organisms. It is worth to note that L. acidophilus take part also in food digestion by increasing the absorption of proteins, fats and some of the minerals such as: copper, calcium, iron, zinc and manganese. They have also ability to make some of the vitamins: niacin, riboflavin, vitamin B1(thiamine), pantothenic acid and also they lower down the level of cholesterol. Lactobacillus acidophilus helps provide support for a healthy digestive system, by helping to maintain the normal bacterium flora of the alimentary canal. L. acidophilus are very useful in treating fungal infection and also aid treatment of acne and skin problems.
Using AC Zymes on a daily basis between meals will help to maintain good digestion and health of intestines. The capsule covering bacteria is resistant to stomach acid and therefore it guarantees high quality of this product.

Who should especially care for the proper intestinal flora?

Take 1 capsule daily with water 30 minutes before a meal.

The World Health Organization has defined probiotics in 2001 as living organisms which, when administered in sufficient quantity provoke improve the health of the host.

Already Ilya Mechnikov, Nobel laureate, over 100 years ago explains what they mean for human health and longevity.
We all know that the primary role of the digestive system is the absorption and digestion of nutrients. If we realize that during lifetime it made only a few tens of tons of various substances that  are capable to incorporate into the body and are able to elicit various toxic, inflammatory, allergic or anaphylactic reactions, in addition to the possibility of cause cancer or autoimmune disorders. It is clear that the preservation of the health of the gut is also another important feature that really can eliminate these harmful processes. Such is the role of immunological function in relation to the existing mucosal system. Inherent in the appropriate functions of the digestive tract is fully proficient mucosal barrier. The immune system is based on a simple but ingenious ability to recognize "self" from "alien". Everything that is custom, is protected and everything else is removed. Within the mucosal immunity is not developed mechanisms to accept non-self structures, even at massive scale and used to benefit the body.
Mechnikov found that in certain areas, people live longer than elsewhere. Diet of these people contain large amounts of sour milk and in it is bacteria called Lactobacillus bulgaricus. Only later were found that even more effectively is the bacterium of Lactobacillus acidophilus, which survives in the gastrointestinal tract at least 10 days.
This is a typical probiotic bacterium. However, while in 1 g of bio-yogurt is only less than 1 million live bacteria in probiotic preparations CaliVita International AC-Zymes and Acidophilus with Psyllium is their high concentration - up to 2 billion in a single capsule! Preferably in the form of probiotic supplements is the presence of a guaranteed amount of active probiotics that can be used also in case of intolerance to milk products.
The physiological microflora of the intestine is an important accessory that actively affects the whole of our existence. Prevents overgrowth of pathogenic bacteria, constitutes vitamins, removes alcohol, bile acids. Overgrowth of pathogenic bacteria in the intestine often leads to life-threatening conditions. For such overgrowth can occur after routine antibiotic treatment. But immunosuppressive therapy may result in overgrowth of organisms that are otherwise harmless and thereby are able induce sepsis. Appropriate development and maintenance of healthy intestinal conditions and functions of the entire digestive system - and thus actually the whole organism - are subject to constant interplay between the natural microbial flora of the intestine and the mucous membranes.
Lactobacillus acidophilus after taking start to multiply in the digestive tract,  temporarily especially colon. Therefore, products CaliVita® technology meets the most demanding criteria. That is, they contain a clinically effective amount of probiotic bacteria (2 billion in each capsule) stored in a unique polysaccharide matrix to maintain culture viability, ensure its exceptional stability at normal temperature and at the same to be protected from the action of stomach acid. The bacteria are released under alkaline conditions of the small intestine, to adhere to the mucosa and thereby temporarily colonize.
Their presence prevent the adhesion of pathogens (viruses, bacteria) to the mucosal surfaces of the intestine, produce lactic acid, peroxide and bacteriocin antibacterial agent; get into direct contact with the immune system, in which their immune modulating activity of stimulating non-specific and specific immune response. For the long term effect is essential that they can induce a non-specific response of the mucosal lymphatic cells of the immune system of the sub mucosal intestine, which results in a suppression of pathological events not only in the intestine but subsequently also in the whole organism.
In which cases our health needs help of products like AC-Zymes and Acidophilus with Psyllium?
Acute diarrhea of children, the elderly, chronic constipation, restoration of intestinal microflora after taking antibiotics, travelers' diarrhea, high blood cholesterol and lactose intolerance, oncology, chronic vulvovaginitis, Helicobacter pylori infection, postoperative complications and convalescence after surgery, idiopathic proctocolitída, atopic dermatitis , rheumatoid arthritis.
Acidophilus against vaginosis
Experts from the University of Pittsburgh came to the conclusion, after completion of the study, the prevalence (frequency) of bacterial vaginosis is lowest in women using probiotics (Lactobacillus). Specifically, in these women, bacteria normal intestinal flora start colonize the intestine, including the rectum, and comes up to the colonization of the vagina. In addition, these lactobacilli produce hydrogen peroxide, protecting the mucous membrane of the growth of pathogenic microorganisms. This is another reason that probiotics, such as Acidophilus and Ac-Zymes, become our daily companions.

Almost 90 years ago, Nobel laureate Ilya J. Mechnikov noted that in parts of southern Europe, people live much longer than elsewhere. After conducting research, he found that the food there contains a large amount of curdled milk in which there is a certain bacteria. And because the inhabitants of these areas regularly consumed curdled milk, the bacterium was constantly present in their digestive systems.
Mechnikov called it Lactobacillus bulgaricus, but the bacterium Lactobacillus acidophilus turned out to be more effective than it, which was confirmed by many studies. In the digestive system, it can live for 10 days or even more. This is important because the beneficial bacteria in the gut are killed within five days if there is no lactic acid or lactose produced by e.g. Acidophilus bacteria.

Live cultures of Lactobacillus acidophilus bacteria are essential to protect the beneficial gut bacteria as well as reduce the risk of toxins in the gut.
Lactobacillus acidophilus: creates an unfavorable environment for a variety of pathogenic germs, for example microclysters, clostrindium, various coliforms and fungi; supports the production of a weak antibiotic (colistin) in the body, therefore treatment with antibiotics may be unnecessary; lowers cholesterol; helps in the processing of milk protein, amino acids, fats and lactose; plays a role in the synthesis of B vitamins essential for the body; eliminates the unpleasant smell from the mouth, which is caused by the food decomposition process; when used regularly, it keeps the intestines clean; supports the treatment of acne and other skin ailments.

Lactobacillus acidophilus in the fight against mycosis

It is well known that oral antibiotics destroy the beneficial flora of the gut and cause Candida albicans to multiply, which can lead to diarrhea, constipation or other digestive disorders. The mycosis resulting from the antibiotic treatments used can appear in the lungs, in the mouth, on the arms, legs, fingers, under the nails or in the vagina. In recent years, in many countries, mycosis of the skin as a side effect of too often used antibiotic treatments has become a common disease. It got to the point that most of the city's population, including 60-80% of high school students, suffers from mycosis. This disease can be cured in a few weeks with Acidophilus bacteria.
Science does not know any variety of this bacterium that would be harmful to the human body.

In case of diarrhea, it is enough to take Acidophilus for 5-6 days to restore the normal state of the intestinal flora. When treating a serious fungal infection (dermatological or gynecological problems) and after treatment, take Acidophilus at the dose and duration prescribed by your doctor. Garlic and arginine can also help in treating mycoses. 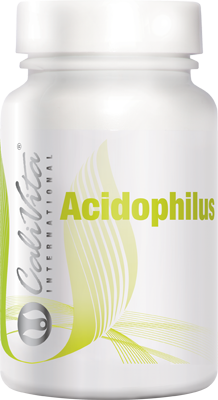 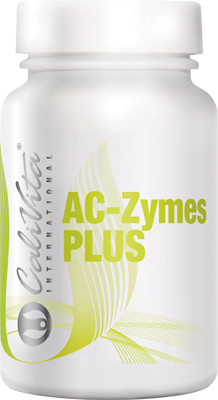 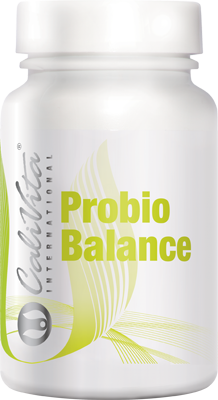